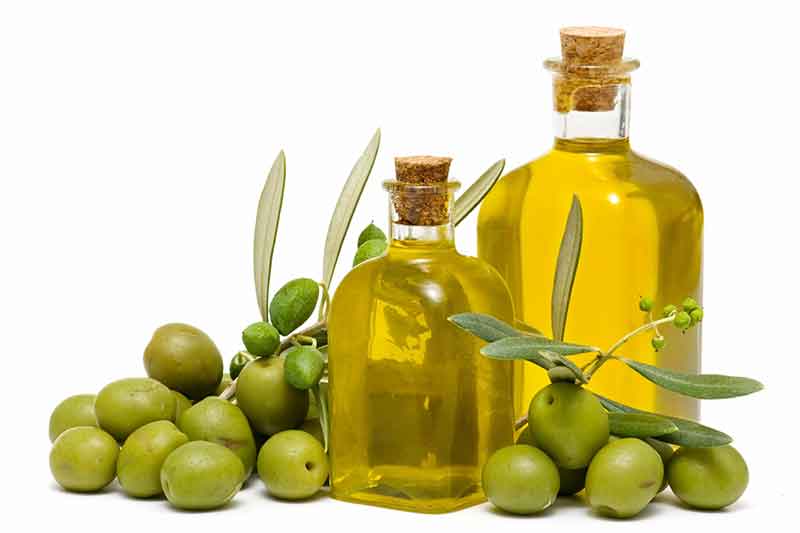 Widely used in Mediterranean countries, olive oil is a highly valuable and expensive oil and is well known for its health and medicinal benefits. It is prized primarily as it is the best and healthiest type of oil. Olive oil is considered good for the heart and it is primarily helpful in keeping the heart and arteries in shape. Frequently referred to in the Bible and other ancient historical texts, it is today high in demand because it is a healthier choice. It is a staple part of Mediterranean cuisine and therefore is a significant crop in agriculture of the area.

With the popularisation of Italian and other Mediterranean cuisine around the world and the knowledge of the health benefits of olive oil, there is an increased demand for it and this has pushed up its value. The olive tree is widely cultivated throughout this region. In the ancient times, the Greeks presented the olive leaves to the athletes at the Olympic games as it was believed that this would increase the physical ability of those who used it and that its powers were easily transferable to its users.

Green olives and black olives are two kinds of olives. They are washed thoroughly in water to remove oleuropein, a bitter carbohydrate. Sometimes they are also soaked in a solution of sodium hydroxide in order to accelerate the process. Olive trees are now grown around the world in South Africa, Chile, Australia, Mediterranean Basin, Israel, Palestine, Spain, California, New Zealand and in Argentina.

The Olive Tree
The Olive (Olea europaea) is a species belonging to the family Oleaceae, which is native to the coastal areas of the Mediterranean region, till areas like northern Iran. Its fruit, the olive is widely cultivated as it is an important part of the diet of these regions. Olive oil is extracted from the evergreen olive tree or shrub, which does not grow to much height and is harvested when yet unripe or even later when it starts to take purple hues at the ripening stage. The olive tree is cultivated for good quality wood, beneficial leaves and the fruit ,olive which is taken in raw form or used to extract oil. The fruit is bitter in taste due to the presence of Oleuropin, a carbohydrate and it is fermented or processed with lye or by soaking it in brine. Oleuropin is removed by use of water and/or with sodium hydroxide. Crushing and Pressing of the fruit is the main method of extracting olive oil and they are subsequently processed to create varieties of the oil.

Temperate climates are most suitable to the cultivation of olive trees. Though, it can grow in even the most difficult terrains and areas such as rocky places and other wastelands. Given the right and suitable climatic conditions, the tree grows very well. It Is can survive even in places with low water content mainly due to the tap roots of the tree. These roots travel deep down into the earth’s surface and derive moisture from below. A tree with a long life span, the olive tree delivers fruit much later than the other plants and takes long time to grow to it full potential. Of those seeds planted, very few may grow to become full fledged trees.

Types of Olive Oil
There are three main types of olive oils. They are classified into the following as per the International Olive Oil Council, a premier body which deals with olive

• The first type of olive oil is the Extra Virgin Olive Oil. This oil is rich in flavour and is the best quality. It is extracted by an process whereby the olives are first pressed or crushed to extract the liquid oil. This requires the least amount of processing
• The second type of oil used is the Virgin Olive Oil. It is extracted from the first pressing alone and is of a reasonably good quality.
• The third type is the Pure Olive Oil. This type of oil undergoes chemical treatment and other refining or filtering procedures so that the taste, flavour and the richness of olive oil is brought out. Refined and pure olive oils are combined in this process.
• Another heavily processed form of the oil is the extra light olive oil and it is different from the original to a large extent in taste and flavour.

Health Benefits of Olive Oil
Olive oil is widely regarded as the most beneficial and best of all the oils as it has immense health benefits. The Mediterranean people are known to have a longer life expectancy than people from other regions of the world and research has proved that olive oil has a major role to play in this as the it use has been proven to decrease the thickness of the arteries. The heart remains in good shape and form. It is said that the arteries of a centenarian in this region is equivalent to that of someone twenty years younger. This amply exemplifies the benefits of using olive oil over other edible oils. Olive oil contains mono-unsaturated fatty acids which are better for the heart and It does not contain saturated fats either.

Rich in antioxidants, it reduces the cholesterol levels in the human body, enabling one to live a healthy and fulfilled life. The oil has higher oleic acid content than many other oils. The leaf , fruit and oil are extracted for various medicinal purposes. The leaves of the tree have special medicinal properties. The Low Density Lipoproteins or LDL fats which are unhealthy are controlled by the use of this oil, while there is an increase in the High Density Lipoproteins or HDL levels and thus they have an overall beneficial effect on the heart.

The oil is known to reduce blood pressure levels, and to help maintain an ideal body weight. It is also beneficial for patients of diabetes, asthma and arthritis. Olive oil does not aggravate any stomach problems, such as ulcers or indigestion. It has a soothing overall effect on the stomach and reduces the levels of gallstone formation. Recent research has shown that it can help reduce the incidence of colon cancer. The oil is also used for various beauty purposes and promotes good hair growth and beautiful skin.